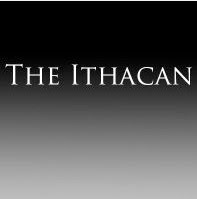 The Ithacan has been named a Newspaper Pacemaker finalist for 2010 by the Associated Collegiate Press. Earlier this year it was also announced that The Ithacan Online, the paper’s daily website, was named an Online Pacemaker finalist.
The winners of the award -- widely regarded as the “Pulitzer Prize of collegiate journalism” -- will be announced at the ACP/CMA National College Media Convention in Louisville, Ky., on October 30.
The Ithacan won the Newspaper Pacemaker in 2004, 2005, 2006 and 2008, and was a finalist in 2009. The website won the Online Pacemaker in 2006, 2007 and 2008, and was a finalist in 2009.
The Associated Collegiate Press is the oldest and largest national membership organization for college journalists in the country. This year's Newspaper Pacemaker competition was judged by professional journalists in the Washington, D.C., area.
Posted by Michael Serino at 11:37 PM