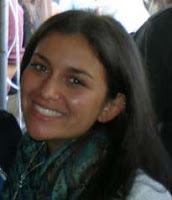 ERIN GEISMAR ’09
After more than a year at the East Hampton Press, Erin Geismar ’09 has reached one of her career goals by moving to Newsday, the 11th-largest-circulation newspaper in the country. She writes, “As a community journalist at Newsday, I'll be covering community events and telling local people stories across media platforms. I'll be working from my car equipped with a laptop, video camera, smart phone, etc (thank you Digital Journalism Workshop) to file multiple stories, photos and video each day. It's a brand new venture for Newsday as they try and amp up their ‘hyperlocal’ presence around Long Island. As a born and raised Long Islander, I'm really excited to be part of that effort.” 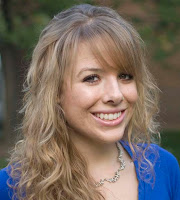 ERICA R. HENDRY ’09
After a six-month internship at Smithsonian Magazine, Erica R. Hendry ’09 (editor in chief 2007–08) has joined the team at Patch.com, a startup network of local news sites backed by AOL. As editor of the Patch site for Vienna, Va. (a suburb just 15 miles outside of Washington, D.C.), she says she’s “like the EIC of The Ithacan again … but this time for the town of Vienna.” She’s in charge of finding, editing and scheduling stories; writing them; hiring training and managing a team of freelance writers, photographers and videographers; editing and producing videos; managing the site’s social media networks; building the site’s community directory (“like Yelp, but better”); and “trying to keep the adventure under budget.” The site goes live October 11 at Vienna.Patch.com. She continues to freelance for Smithsonian Magazine. 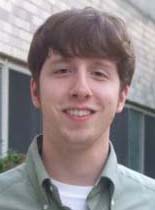 Andrew Lovell ’08 has been hired as an associate news editor for ESPN.com. As night-time editor on the ESPN.com news desk in Bristol, Conn., he’ll handle everything from editing staff and AP stories to writing headlines, checking facts and posting articles. ESPN.com is one of the premier sports websites in the country, drawing roughly 20 million unique visitors per month. The job comes after a two-year stint with the New Britain Herald in New Britain, Conn., as a local sports writer/copy editor.
Posted by Michael Serino at 4:26 PM

Way to go everyone! Look at you all, making waves.